The capacity expansion will be undertaken by addition of a production line in its existing facility in Bukit Raja, Selangor.

The new line is anticipated to be fully commissioned in the next two financial years and the group expects to see return from the new line, which will add 12,000 tonnes to its annual coated fin stock capacity a year after that. 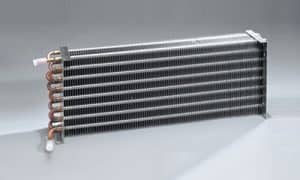 Coated fin stock is mainly used for the fin production of heat exchanger and is commonly used in the production of condenser and evaporator of air conditioners and refrigerators.

Alcom is a major player in this business and supplies to most leading manufacturers in the air conditioner market across Asia and Europe.

“Even low cost housing has air conditioners. So [the production cost of] air conditioners has come down and demand has increased, especially in a market such as India — it’s huge,” he said.

He said the group is looking to expand its outreach beyond Asean and European markets in the near future.

Year to date, the stock has jumped near 117%. The current price gives it a market capitalisation of RM264.63 million.

Previous Next
Close
Test Caption
Test Description goes like this